Date Spotted: Sold by Bonhams in Dec 2006. Spotted again for sale on the Car and Classic website in 2019 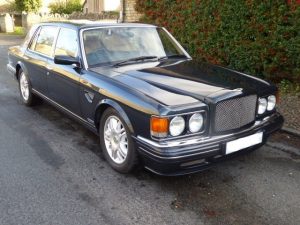 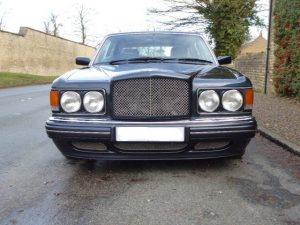 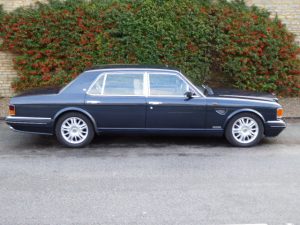 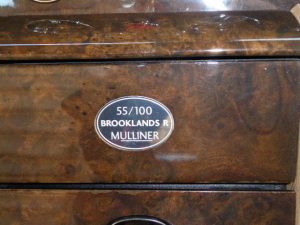 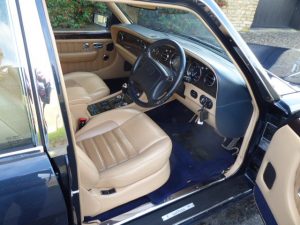 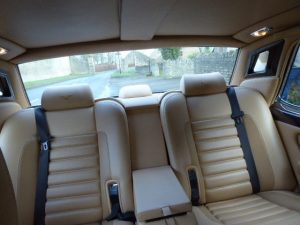 This Bentley Brooklands R Mulliner is number 55 of 100 special edition cars which is a nice low mileage car that is reasonably priced with 5 owners from new and is in good condition. The exterior is in Atlantic Blue Mica with the interior in Sand & Pebble hide and the veneer in Dark Burr Walnut. The service history up to February 2007 when the mileage was 31,388 is excellent with 7 main dealer stamps and 3 by specialists, from 2007 the car was seldom used and mainly kept in dry storage. The current owner purchased the car in August 2017 where he spent a considerable amount on recommissioning and has been enjoying the car ever since, lack of space since moving house is why the car is now for sale.
There is more that requires attention as the front suspension is a bit low where the front dampers could do with replacing, some of the wood veneer is marked and the boot carpet has been damaged but this a good opportunity to buy one of these special edition motor cars at a very reasonable price and will be well worth the investment.

From the 2006 auction catalogue:

The Property of a Titled Gentleman
c.1998 Bentley Brooklands R Mulliner Sports Saloon
Registration no. R529 BLD
Chassis no. to be advised
Engine no. to be advised
Footnotes
By the end of the 1980s, Rolls-Royce’s re-branding of Bentley, begun in 1982 with the launch of the Mulsanne Turbo, had proved an outstanding success. However, the sales graph that had climbed steadily upwards throughout the decade, reaching its peak in 1989, would plunge dramatically within just a couple of years because of economic recession. Rolls-Royce responded by rationalising the Bentley range, dropping the normally-aspirated Mulsanne and Eight saloons and introducing the evocatively named Brooklands, the latter being in effect a Turbo R minus turbocharger but retaining the R’s sports suspension and adaptive damping control. The Brooklands was upgraded with the 300bhp ‘light pressure’ turbo-charged V8 engine for 1997 but remained in production for just one more season. For 1998, by which time it was the only model available with the old ‘short’ wheelbase, the Brooklands gained the Turbo RT’s firmer suspension and five-spoke alloy wheels, becoming the ‘Brooklands R’. As parent-company Rolls-Royce prepared to phase out these older models, a final derivative – the Brooklands R Mulliner – was announced. Coachbuilder H J Mulliner had been part of the Rolls-Royce family since the late 1950s and was merged with Park Ward soon after. The firm had been responsible for the sublime coachwork of the first Bentley Continental of 1952, and Rolls-Royce would seek to re-establish this historical link to the Bentley marque with a succession of ‘Mulliner’ badged models. Only 100 of these specially trimmed and furnished Brooklands R Mulliner models were made during 1998 before production ceased at the end of that year.
Number ‘55’ of the 100 made, this Brooklands R Mulliner was supplied new via H R Owen and has covered 28,600 miles from new. Finished in Royal Blue with blue-piped tan leather interior, it comes with all tools, handbooks and service booklet, the latter fully stamped to 2003.