This vehicle was apparently unsold at auction in March 2015. 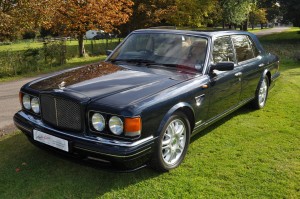 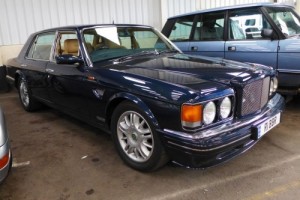 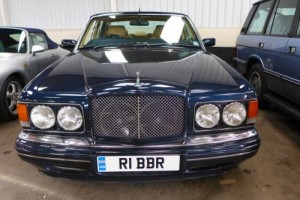 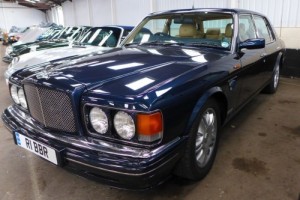 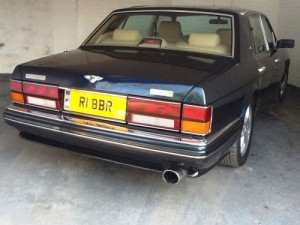 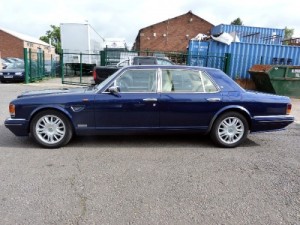 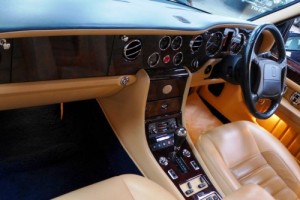 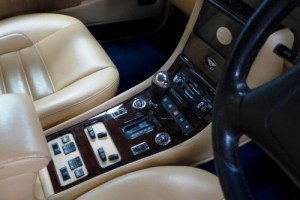 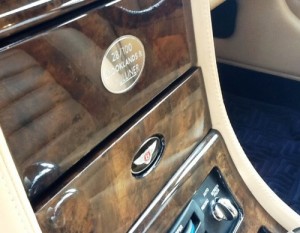 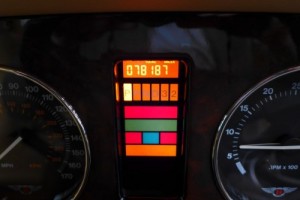 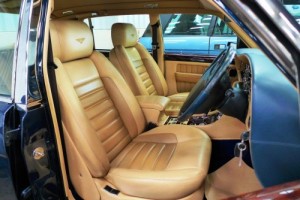 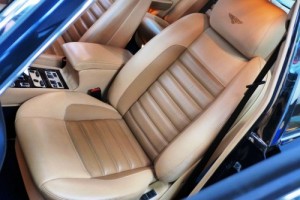 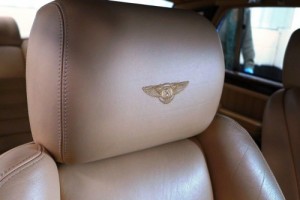 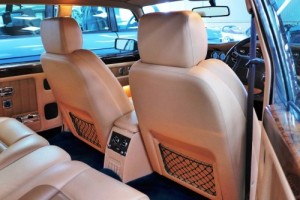 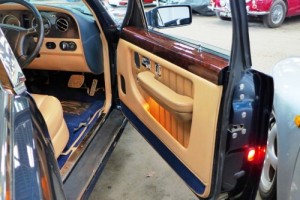 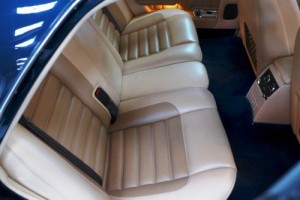 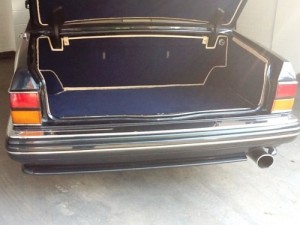 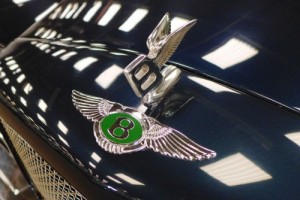 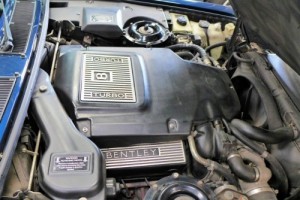 The Bentley Brooklands was introduced in 1992 as a replacement for the Bentley Mulsanne and Bentley Eight models.

A more sporting machine, it shared the same styling and sporty underpinnings as the more expensive Turbo R and had the same magnificent 6.75-litre engine but without the turbocharger – it still packed a 300bhp punch with a tyre-shredding 400lb/ft of torque which was more than adequate for most owners. Fuel economy was also 12% better than the Mulsanne thanks to a new engine management system and various other mods to the intake manifold and cylinder heads.

Suspension was independent all round (self-levelling to the rear) with computer-governed Automatic Ride Control and four-wheel ABS disc brakes. Transmission was a silky smooth four-speed auto. Inside, the Brooklands was as luxurious as ever with acres of leather and light-grain walnut, tilt steering wheel and an improved air conditioning system.

In 1997 a limited edition run-out version of the Brooklands was made available which was specially upgraded by Rolls-Royce’s bespoke coachbuilder, Mulliner. Only 100 examples of the Brooklands Mulliner R were to be made, each one identified by a numbered plaque on the dash, before it was to be replaced by the new Arnage.

Not only did it have an even more luxurious interior than the standard car, it also had a light pressure turbo which increased the power to 325bhp and the torque to 446lb/ft, giving this country house on wheels a top speed of 140mph and a 0-60 time of less than 8 seconds. Only available in RHD and long wheelbase, it was immediately distinguishable from the lesser, non-turbo models by the mesh front grille, the Mulliner wing vents, streamlined Azure door mirrors and body-coloured headlamp surrounds and bumpers.

Supplied new by Boughtons of Cheltenham in January 1998, this is number 28 of those 100 cars. It has had just five owners from new and has been in the current ownership since 2012. With only 78,200 miles under its wheels, it comes with a fair amount of service history including bills for several major bouts of fettling and was last serviced at 77,113 miles in May 2012.

Looking suitably regal in Atlantic Mica Blue with a Sand and Pebble hide interior, it also comes with a distinctive R1 BBR number plate and has an MOT until September 2015. A sure fire collector’s item, this magnificent Bentley is one of those special motorcars that makes you feel good every time you slip behind the wheel. You don’t just turn up in a car like this, you arrive.