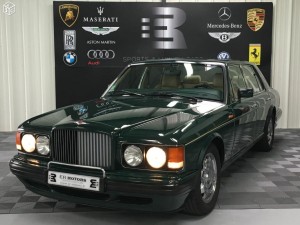 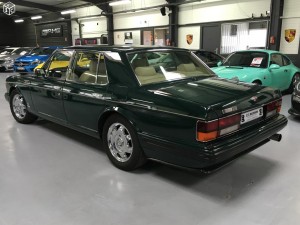 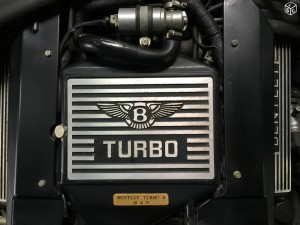 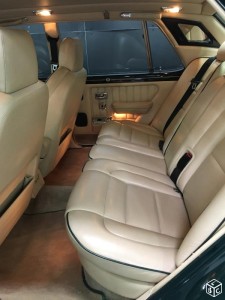 The Bentley Turbo S’ production was limited; fewer than 100 cars would be built. The new model wouldn’t be launched in any market worldwide. The manufacturer’s department “Public Affairs” forwarded this information when the ultra-high performance version of the Bentley Turbo R, called the “Turbo S”, was introduced in 1994. Combining the most powerful engine ever shoehorned into the bay under the bonnet with distinctive external and internal visual features the new car was available only in selected countries in Europe, the Middle East and Asia. Those who were lucky enough to get one found a plate in the engine compartment giving the number of that particular car from a series of but 75. It was found later that the figure 75 wasn’t entirely correct – because a mere 60 Bentley Turbo S were produced.

Most remarkably, of course, was the “Series S” version of the 6.75 litre V8-engine. Re-engineered to incorporate a liquid-cooled intercooler the turbocharger acted more efficiently. In combination with revised induction features and a new electronic engine management system (based on Formula One technology) the engine was a thrilling device. The Bentley Turbo S offered luxurious four door saloon accommodation, yet the engine allowed to accelerate from 0 to 60 mph (0 to 96 km/h) in less than 6 seconds. Top speed was governed to 250 km/h, though several customers ordered the engine control unit of their cars to be re-flashed and a higher top speed was the result. Vented aluminium alloy 17 inch wheels with 255/55W17 tyres were state of the art as regards traction, control and safety.

Not only the wheels distinguished the Bentley Turbo S from its sister model Bentley Turbo R (that remained in production). New colour-keyed bumpers integral with front air dam and rear skirt were fitted plus a lower profiled radiator grill. “Turbo S” badges applied to the front wings just aft of the wheel arches and to the boot lid were distinctive features, too. New deeply upholstered sports seats offered an outstanding combination of comfort and support. None of the features could neglect the fact that any driver needed to be alert when making full use of the car’s potential speed. However the Bentley Turbo S offered such a refined level of performance, that touring at high speed was but pure pleasure.