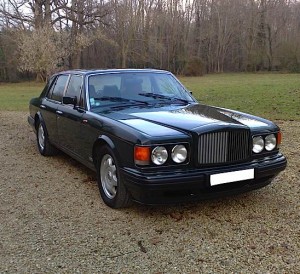 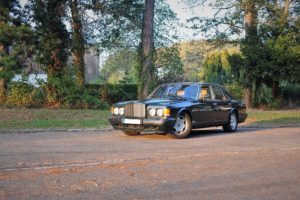 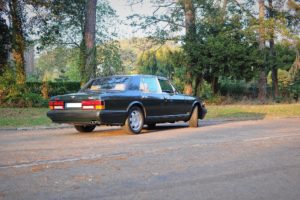 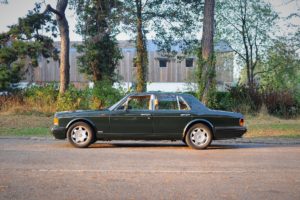 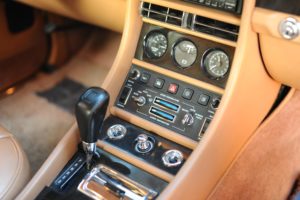 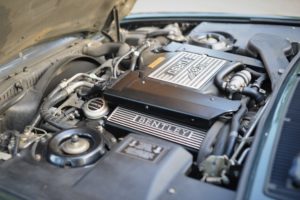 From the vendor’s description (translated from french to English):

This motor car was spotted again in 2019 for sale on the classicdriver.com website:

Regular French registration papers
Rare limited series of only 75 cars
The only one known in France at this time
As-new condition
Bentley, one of the most prestigious of all car makes, was founded on 18 January 1919 by Walter Owen Bentley. Today, it is part of the enormous Volkswagen group and still sets the standard for top-end cars. Bentley established its credentials among the leading car manufacturers when it won the Le Mans 24 Hours race on five occasions in the 1920s. The consequences of the Great Depression in 1929 put paid to Bentley’s independence and it was absorbed by Rolls-Royce in 1931. From then onwards, the development of the two makes would be inextricably linked.
Taking as its starting point the excellent light-alloy V8 engine which had been designed at the start of the 1960s, Bentley was able to expand its range from the 1980s and gradually recover financially, thanks to the relaunch of the Bentley brand, whose cars had traditionally offered more sporting handling. Thus, at the Geneva Motor Show in 1982, the group unveiled the Bentley Mulsanne Turbo, fitted with a turbocharged version of its 6.7-litre V8 producing an estimated 330 bhp. For the Turbo R and long-wheelbase RL models which succeeded it, this engine was fitted in 1989 with KE Motronic fuel injection and an air-to-air intercooler; they also received a four-speed automatic gearbox and self-levelling suspension. Their handling was meant to be sporting without neglecting the absolute luxury offered on board.
The Bentley which we are offering for sale is an exceptionally rare Turbo S model, which should not be confused with the much more common Turbo R. Production of the Turbo S was limited to 75 cars, produced during a single year, the 1995 model year. It was set apart by the presence of a turbocharged engine with a water-to-air intercooler, taking its power output above the symbolic threshold of 400 bhp and reaching a maximum of 408 bhp. The Turbo S had neither a successor nor a predecessor and represented a unique model in the range. It was intended to be produced in very restricted numbers, and of the series limited to 75 cars, just 60 were assembled by hand. This exceptional car was sold only in Europe and the Middle East. According to a leading connoisseur of the English marque, this is the only model known in France.
The car was sold new in Monaco and then purchased by its current owner, making it a two-owner car; it comes with all its original manuals and invoices. The mileage is guaranteed at 83,000 km (51,600 miles). The British Racing Green colour scheme sets it off beautifully and goes perfectly with its beige leather interior.
According to the Bentley Club’s records, its chassis number X56842 corresponds to the 45th car built. Today, it is in exceptional, if not as-new condition. During our test drive, this mighty saloon proved both incredibly smooth and powerful. The 408 horses are there for the counting and the car’s acceleration will astound many who travel in it!