Date Spotted: Offered at auction by Bonhams in June 2006 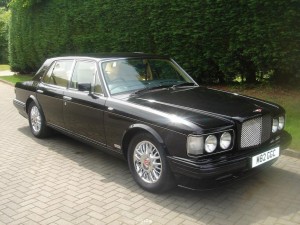 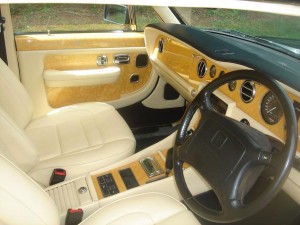 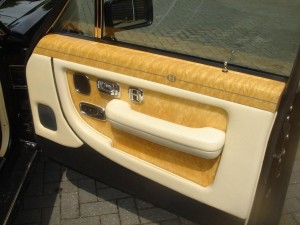 1995 Bentley Turbo S Saloon
Registration no. M82 GGC
Chassis no. SCBZTO5C1SCH56851
Engine no. 062L410M/TK5
‘It would be selling the Bentley Turbo R short to call it a superb luxury car. Undoubtedly it is that, but it has true sporting character that belies its staid, boxy appearance. Along with its stunning price tag, the Turbo R offers stunning performance, in terms of acceleration, handling, roadholding, finish and exclusivity. The Bentley Turbo R is a true supercar.’ – Modern Motor.
What price then, the Bentley Turbo S? Introduced in the autumn of 1994, the limited edition Turbo S was a more powerful, more expensive and even faster version of the Turbo R. Sharing its 6.7-litre turbo-charged V8 engine with the Continental S Coupé, the Turbo S enjoyed a maximum power output of 408bhp making it the most powerful Bentley to date. It was also the fastest: top speed was in excess of 150mph and the price an equally heady £147,500. The Turbo S was produced for the 1994/95 model-year only, during which time a mere 60 cars were made, making it one of the rarest of all post-war Bentleys.
Number ‘38’ of the 60 cars produced, this right-hand drive Bentley Turbo S comes with full Jack Barclay service history from new in 1995 to 2001 at 40,899 miles. (The current recorded mileage total is 55,121). ‘M82 GGC’ is finished in Royal Ebony (from original Red Pearl Mica) with magnolia hide upholstery and bird’s eye maple veneered interior woodwork, and is fitted with chromed wheels and custom lights and front grille. (The original seven-spoke wheels, lights and grille vanes are available for exchange if required). Benefiting from a recent service by recognised Rolls-Royce/Bentley specialists Montague & Company (MotorCars) Ltd, the car is offered with current MoT certificate.

The originanl auction listing can be seen here