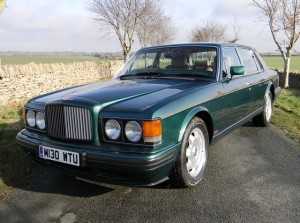 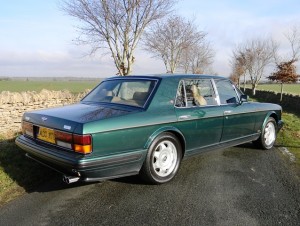 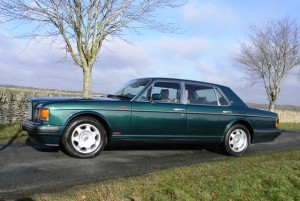 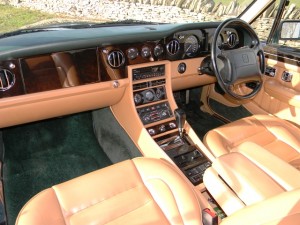 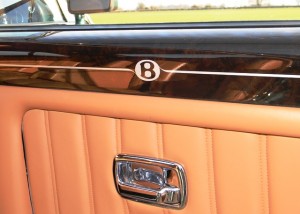 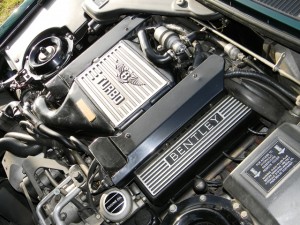 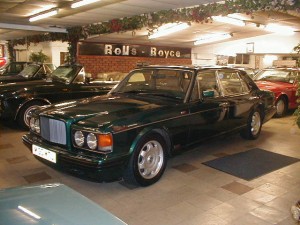 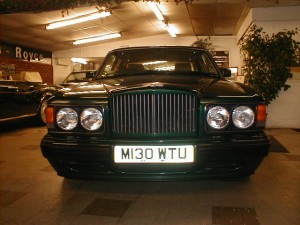 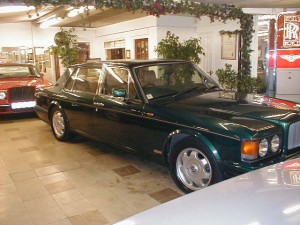 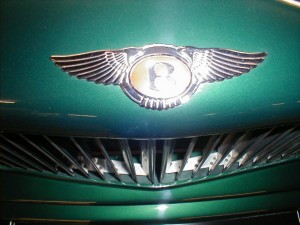 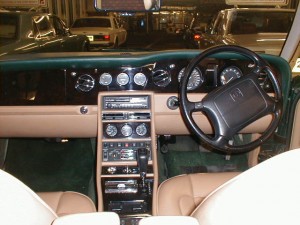 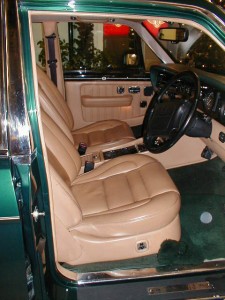 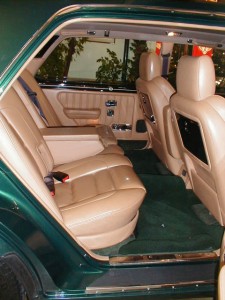 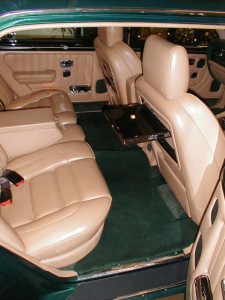 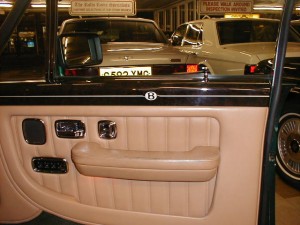 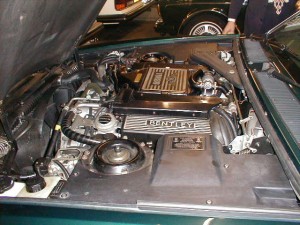 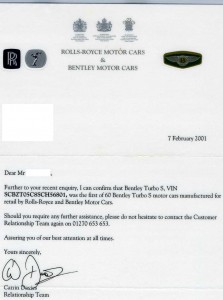 In 1995, the Bentley Turbo S was announced as a special edition of the Bentley Turbo R with envisaged production at less than 100 cars. A ‘niche’ model to keep sales up before the introduction of the Bentley Arnage and distributed across selected European, Middle Eastern and Asian customers only. From Bentley records, there were 29 righthand drive and 31 lefthand drive cars built. The engine, termed a Blackpool version, used Bosch Motronic fuel injection and digital ignition derived from Formula 1 technology which, together with a larger exhaust driven Garrett AirResearch turbocharger with intercooler gave an output of over 400bhp. The same engine was fitted to twelve Bentley Continental S, and three to special build Rolls-Royce Silver Spirit S.

First registered on 14th September 1994 by Rolls-Royce Motors, this was the first of only 60 Bentley Turbo S cars to have been made. It is also unique in that it is the only true Turbo S produced as a long wheelbase body. This is because the instruction to the production line was to take a standard car and manufacture it to the new Turbo S specification but nobody specified it had to be a short wheelbase and the wrong one was picked. It was the MD of Jack Barclay that surprised the Sales Director of Rolls-Royce at the unveiling by pointing out that, in fact, it was on a long wheelbase sub-frame. Finished in Sherwood Mica green with soft tan leather interior and conifer Wilton carpets, this Turbo S comes with a full service history with 21 stamps in the service book, the last being carried out less than 200 miles ago. The car is supplied with a V5C registration document, an MoT test certificate which expires in October 2015, a handbook pack which includes the handbook and the Turbo S supplement, the service book, spare keys and a file containing old MoTs and invoices. This Bentley is truly one of a kind, being used as the press car and also the only long wheelbase car ever built.

One of the original owners of this motor car, Mal has been in touch and kindly provided some additional photos and information including the letter from Rolls Royce above showing that they built a total of 60 Turbo S models.