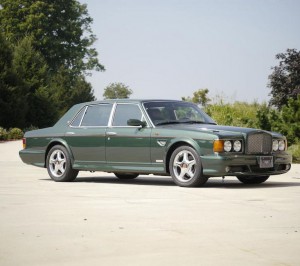 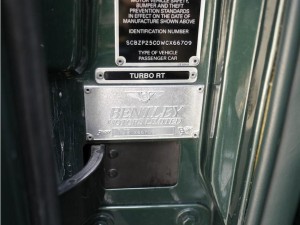 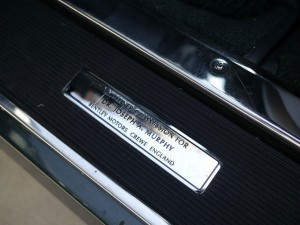 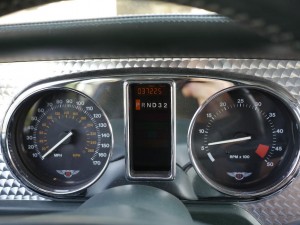 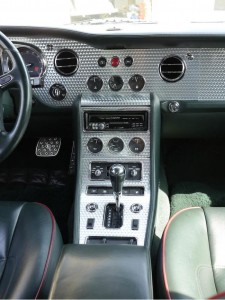 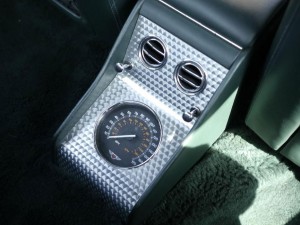 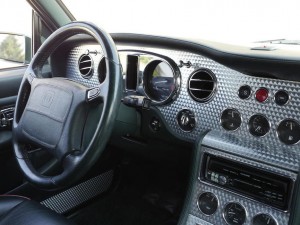 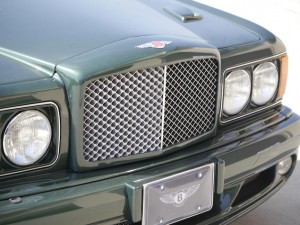 One of 55 built, the last truly English Bentley
1998 Bentley Turbo RT Mulliner Saloon
Chassis no. SCBZP25C0WCX66709
Engine no. 89020L410M/T2W
In testing the Turbo R when it came stateside in 1989, Motor Trend magazine called it “the first Bentley in decades deserving of the famous name”. Based on the Mulsanne Turbo, which itself was derived from the Rolls-Royce Silver Spirit, the Turbo R had stiffer suspension, beefier anti-roll bars, and bigger brakes. A powerhouse of an engine, displacing 6,750cc, propelled that model to a governed 135mph with blistering acceleration. Coupled with the Turbo ‘R’s prodigious performance was a level of comfort found in few other cars and Bentley tapped into a marketplace eager for new standards in luxury and performance.

As the swan song for the Turbo R model, Bentley turned the dial to 11 with the Turbo RT Mulliner. Power was hiked up to 420bhp, brakes were upped to pizza-like 340mm discs, track between the wheels was widened, tires grew to steamroller-like 285/ high-performance tires wrapping 18″ 5-spoke rims, and suspension tuning was made even more aggressive. Outside, the bumpers and moldings were body colored, the grill was metal wire matrix, and the widened track necessitated boldly flared wheel arches. A brief glance is all it took to see this car meant business.

The ability to make a massive luxury car go 0-60mph acceleration in just 5.8 seconds with a top speed of over 150mph didn’t come cheap though, with the Turbo RT costing $60,000 more than a Turbo R. Only 55 were built, 39 of them left hand drive.

The offered example was commissioned new by Pennsylvania business man and world renowned gun collector Dr. Joseph A Murphy. Ordered in Balmoral Green with Spruce hides, St James Red piping, and matching Spruce moutons, the traditional burl wood trim was substituted with turned aluminum to give the interior a more sporting appearance. Outside, optional hood and fender vents were specified, while inside Flying B embroidered headrest and a rear seat speedometer bezel were specified. An optional set of Bentley umbrellas in the trunk were also ordered in case the weather stateside were to replicate the regular British forecast.

Based on the maintenance records, the car had found its way to San Diego by 2001 and remained out West until it joined the collection of Gene Sorbo back on the East Coast in 2007. The car entered the Shaffner Collection in February of this year. The meticulous care it has received over the course of its existence is evident in its wonderful presentation today.

Currently showing just over 37,000 miles from new, this is an extremely rare opportunity to purchase the last, most powerful, and fastest truly English Bentley.

The original Bonhams listing can be seen here