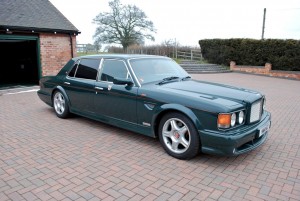 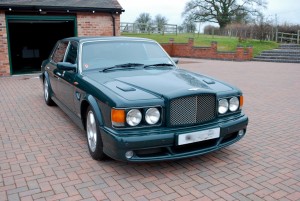 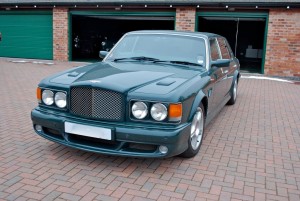 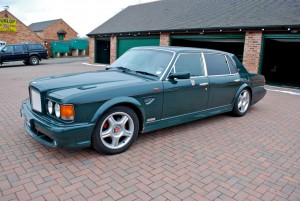 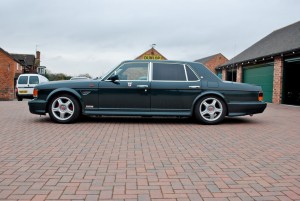 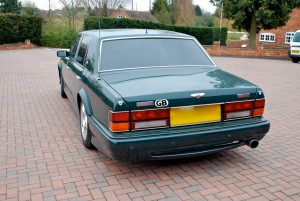 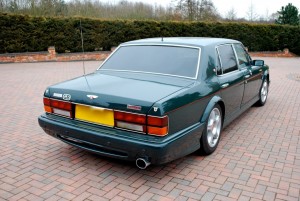 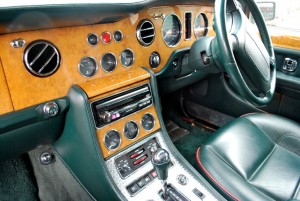 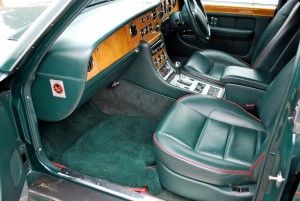 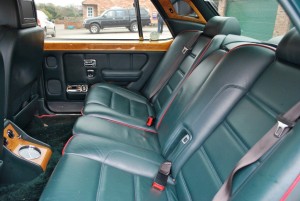 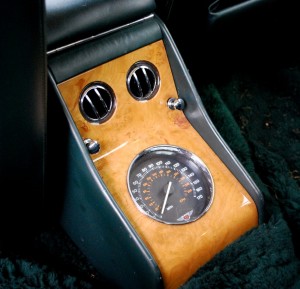 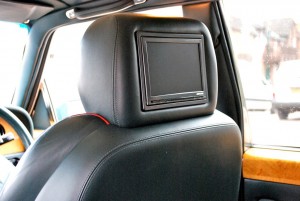 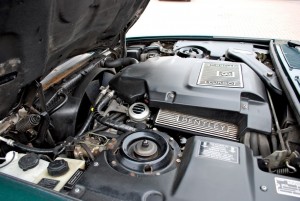 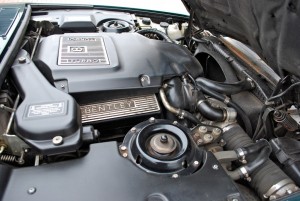 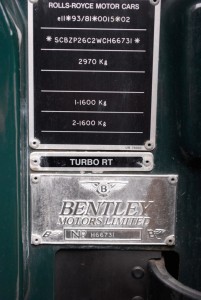 From the auction description:

Capitalising on the essentially bespoke nature of its manufacturing, Rolls-Royce introduced a host of limited-edition variations on the modern ‘Blower Bentley’ theme in the 1990s. One of the very last was the Turbo RT Mulliner. Introduced in July 1997 on the previously optional, but now standard, longer wheelbase of the Bentley Turbo RL, the Turbo RT came with the 400bhp engine of the two-door Continental T and was outwardly distinguishable by a new mesh radiator grille and body-coloured bumpers with bright mesh inserts. Performance was breathtaking: with a top speed of 152mph the ultra-luxurious Turbo RT was one of the world’s fastest four-door saloons and came with a price tag to match, costing £148,990 in the UK when launched. The stunning looking Mulliner version – built to special order only – was even more exclusive (and expensive) boasting a 420bhp engine, widened track and bodywork, and a host of highly desirable options. The Turbo RT was produced during 1997 and 1998 only, with only 55 Mulliner versions built of which 17 were right-hand drive like the example offered here.
The bespoke specification of this car includes Racing Green livery, Spruce leather upholstery with St James red piping, Conifer carpets with matching lambs wool over-rugs, Light Burr Oak veneer dashboard and waist rails, shade band to windscreen and rear quarter companion mirror. The drilled control pedals reflect its sporting pedigree while the engine-turned aluminium door kick-plates and centre console were a special order. Other distinctive features include the speedometer and bezel to the rear of the centre console together with stylishly functional bonnet and scuttle air intakes.
Supplied new by Jack Barclay Ltd, ‘R616 FGJ’ comes with full Rolls-Royce dealer service history and while in previous ownership was maintained by Jack Barclay. The car was acquired by Robert Harley in 2007 and since then has benefited from considerable refurbishment carried out by marque specialists Broughtons of Cheltenham at a cost of circa £15,000. Works undertaken include rebuilding the suspension, replacing the brake discs/pads and crankshaft oil seal, plus many other smaller jobs. In addition, a new DVD player and satellite navigation system were fitted in 2007 at a cost of £4,000. Fitted with Tracker Vehicle Recovery System, this outstanding car is now offered at a fraction of its original £200,000-or-so list price and comes with current road fund licence, MoT to July 2012 and Swansea V5C registration document.