Date Spotted: Offered for sale on Ebay in March 2016

This is the only Turbo R SE I have come across so far with picnic tables fitted in the rear of the front seats. 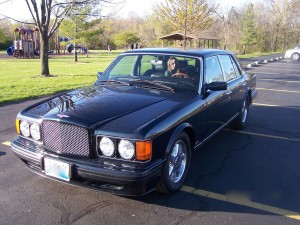 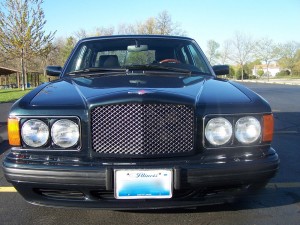 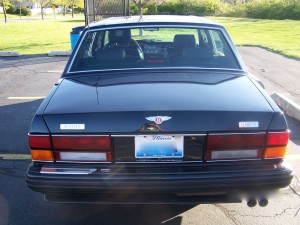 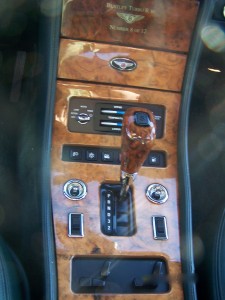 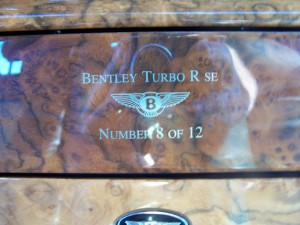 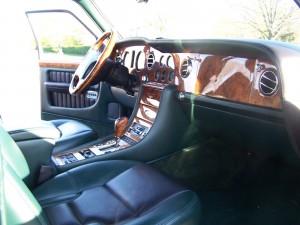 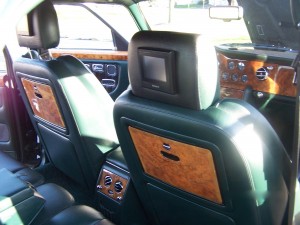 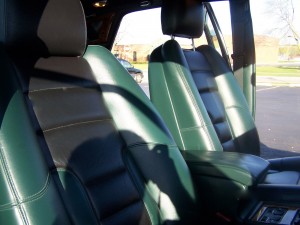 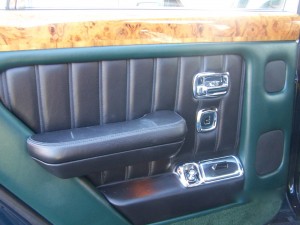 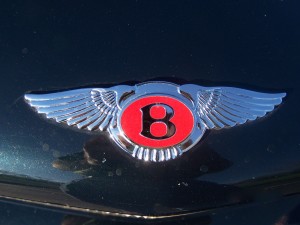 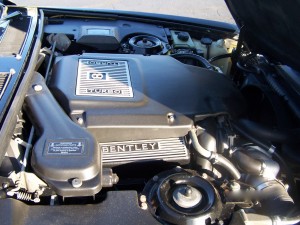 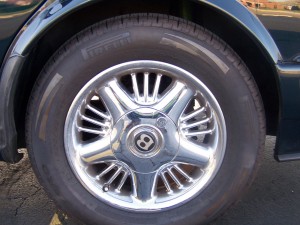 I acquired this vehicle at auction from what I believe to have been the first owner in 2007. Over the years I had over $15,000 worth of work done to bring it to “as new.” This included redone hydraulics, brakes, electrical, and assorted minor issues. The vehicle currently features new or nearly new tires, headlights, wiper blades, battery, etc. It has been garaged and driven regularly as a fair weather “Sunday driver” or weekend getaway car. I have owned a Jaguar Super 8 and Aston Martin DB7 and nothing compares to the jaw dropping power and luxury of this vehicle. It is truly an eye-turning work of art, and as one of the very last “pre-German” Bentleys produced, this rare edition with every conceivable feature and spectacular livery should continue to appreciate in years to come.

I have chosen to sell it as it has developed a leak in the main hydraulic valve. This will cost $6,000 to fix with the majority being labor as it is hard to get to. If you can do the work yourself or have a relationship with a mechanic, the parts involved are nominal and the cost will be far less than quoted. Other than this issue, I believe the vehicle to be sound, though there are some minor paint blemishes; primarily some peeling on the bumpers as has been noted in the photos. As such, it would take fairly little to once again bring to as new. I am offering it for sale without reserve and the successful bidder may have the opportunity to enjoy this exquisite vehicle for as little as HALF of recent auction value AFTER expenses. I would be happy to answer any questions or provide additional information as requested. The vehicle is currently at an auto shop in Westmont, Illinois and due to the hydraulic leak will need to be transported to your location at your expense.

Background of this model
The Bentley Turbo R SE is a special edition of the model year 1996 Bentley Turbo R. 12 Cars are manufactured that were delivered exclusively on the American market. “SE” means “Special Edition”.

Introduced at Geneva in 1985, the Turbo R continued the modern ‘Blower Bentley’ theme, but with the added refinement of suspension better suited to the car’s increased performance. Bentley’s much-improved sports saloon was greeted with approval by Autocar magazine. ‘There was a time, not so long ago, when Bentley played a faint second fiddle to Rolls-Royce. That is no longer the case. Rolls-Royce’s management now recognises the value of the Bentley name and tradition and has developed the image – along with the sales – to take advantage. In a terribly upmarket way, Bentley is now the enthusiast, high performance partner, and never more so than in the turbo-charged Bentley R.’ Outwardly the R differed from the preceding Mulsanne Turbo by virtue of its cast-alloy wheels shod with low-profile Pirelli tyres, while inside there was a revised fascia with rev-counter included amongst the comprehensive instrumentation. In a break with Rolls-Royce tradition, power figures were made public, revealing that the engine produced a 320bhp and a staggering 475lb/ft of torque. Few cars were – or are – better suited to fast long-distance touring.

This definitive Special Edition ‘SE’ Turbo was delivered new in the U.S. in its stunning Black Emerald Green paint tone, and color matched interior of dark green leather with black leather inserts and inset panels, a combination which is both sinister, and unquestionably looks like it means business – true to this form, even the original sales listing for this car notes ‘tuned for more spirited driving.’!

The car was delivered new in the U.S. through New York and originally retailed for over $200,000. With its sensational performance and looks, this rare edition Bentley is ready to be exercised to its fullest potential and thoroughly enjoyed.