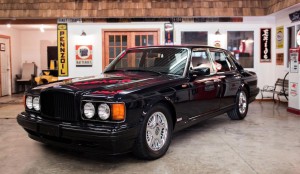 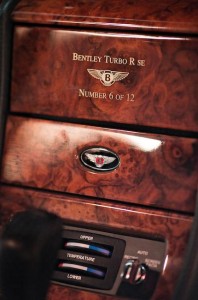 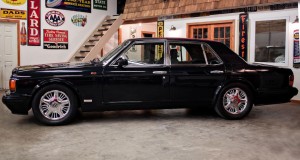 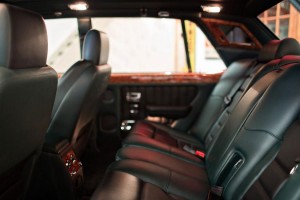 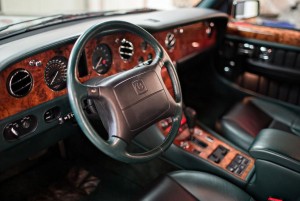 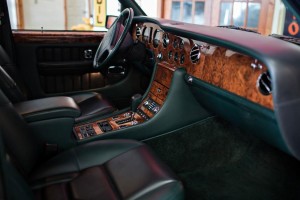 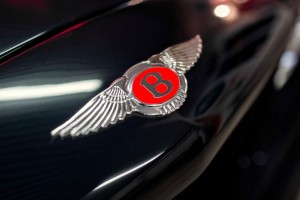 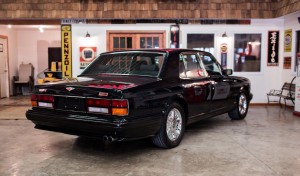 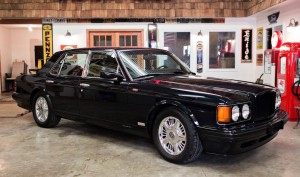 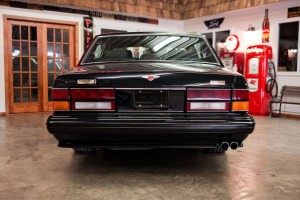 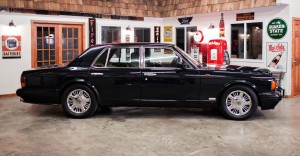 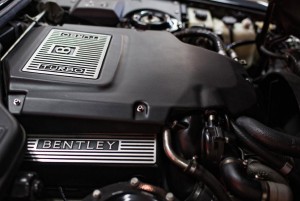 Number 6 of only 12 built, under 28,000 miles from new
1996 Bentley Turbo R SE Sedan
Chassis no. SCBZR14C8TCX58147
Introduced at Geneva in 1985, the Turbo R continued the modern ‘Blower Bentley’ theme, but with the added refinement of suspension better suited to the car’s increased performance. Bentley’s much-improved sports saloon was greeted with approval by Autocar magazine. ‘There was a time, not so long ago, when Bentley played a faint second fiddle to Rolls-Royce. That is no longer the case. Rolls-Royce’s management now recognises the value of the Bentley name and tradition and has developed the image – along with the sales – to take advantage. In a terribly upmarket way, Bentley is now the enthusiast, high performance partner, and never more so than in the turbo-charged Bentley R.’ Outwardly the R differed from the preceding Mulsanne Turbo by virtue of its cast-alloy wheels shod with low-profile Pirelli tyres, while inside there was a revised fascia with rev-counter included amongst the comprehensive instrumentation. In a break with Rolls-Royce tradition, power figures were made public, revealing that the engine produced a 320bhp and a staggering 475lb/ft of torque. Few cars were – or are – better suited to fast long-distance touring.This definitive Special Edition ‘SE’ Turbo was delivered new in the U.S. in its stunning Black Emerald Green paint tone, and color matched interior of dark green leather with black leather inserts and inset panels, a combination which is both sinister, and unquestionably looks like it means business – true to this form, even the original sales listing for this car notes ‘tuned for more spirited driving.’!The car was delivered new in the U.S. through New York and originally retailed at $199,500. It was acquired by its present owner from the estate of that first custodian. All told in its uncomplicated ownership chain, some 27,854 miles have been recorded at the time of cataloguing. Not surprisingly its condition reflects this modest use and is exceptional.With its sensational performance and looks, this rare edition Bentley is ready to be exercised to its fullest potential and thoroughly enjoyed.

The original auction archive is here on the Bonhams website